I was recently struck by some music I heard and feel it would make a great musical analysis listening lesson for your upper elementary up through college-level students . My husband and I were catching up on previously taped “America’s Got Talent,” and we were struck by a particular performance. When I first saw Archie Williams’ perform on the show, his story of being falsely imprisoned for 37 years of his life, along with his beautiful performance, pulled on my heartstrings.  We both felt that he should have been given the golden buzzer.

On Archie’s final performance of the song, “Blackbird,” written by Paul McCartney and John Lennon of the Beatles, and originally sung by Paul McCartney, I felt Archie’s joy of being freed from his false imprisonment. As we often do when we hear particularly touching music, my husband and I did more research on this piece of music.

What is the Song About?

In doing research, I read that McCartney was inspired by the call of a Blackbird in India, as well as racial tensions in the ’60s. The actual music was inspired in part by Johann Sebastian Bach. We watched an interesting video interview of McCartney talking about how he came up with the music, as well as the historical meaning of it.

A useful lesson for your students in upper elementary and up would be the following:

I hope this musical analysis listening lesson helps you and your students dig into this beautiful music! 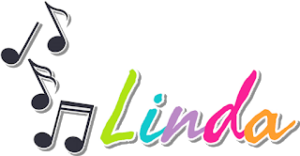 The Doorbell Rang for Working on Literacy, Singing In Tune, and Math
Next Post: Have a Ball Going Back-To- School!