Around the World- My Theme for the Year

Every year, I come up with or borrow ideas for a theme for the year. This year, I am doing an around the world theme.

I bought a map from amazon.com and plan to show the kids the map as we sing a song from another country, so they will know where the country is in relation to where we live. I looked at several different maps and this one looked the most interesting and got great reviews. Nice thing is that it comes laminated! It is pretty small, but that works well for me since I have a small room and not much white board space. I used magnets on my white board to post it and put it low so that all of the children will be able to look at it. 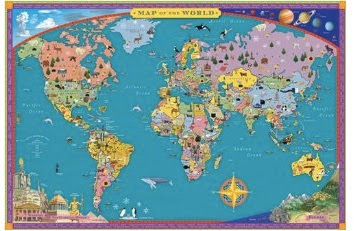 I made a passport for each student. There are three spots under each country. You could hole punch or stamp or even just make a mark on your passport when you sing a song. I will sing three songs for some countries and only one for others, but the three spaces gives me the option. I have made them in both black and White and color. I plan to use small black and white ones for each student and a large color one for each class. 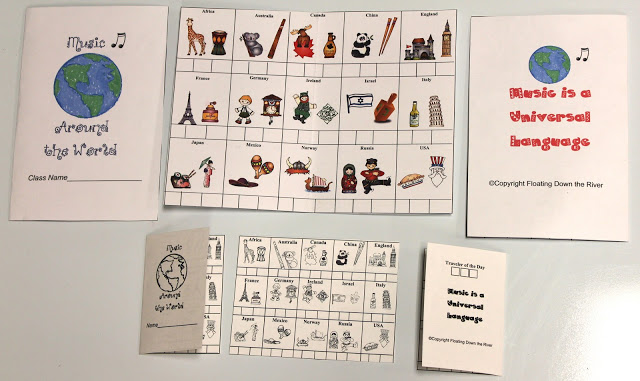 
Music is a Universal Language

I have two bulletin boards related to my theme. One outside my room will say “Music is a universal Language”. 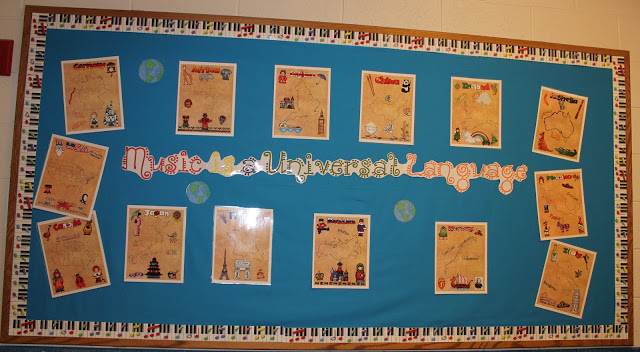 It has many of my world posters on it with some world clipart. I spent many hours making posters for the countries for which we will sing songs. My room is very small, so I have very little room for posting things. I have put the world posters on several bulletin boards, as well as my wall, and will also use them when I introduce the countries. I will probably use the promethean board to show the posters when I introduce the countries. 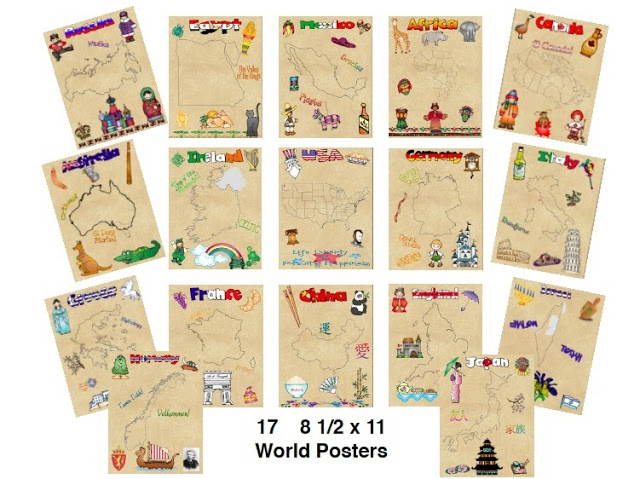 Traveler of the Day

I will put the passports in pockets for each class on my “Traveler of the Day” board. You could put your passports in alphabetical order for each class if you want to use them during class. I have so little time during class and so many kids that I will probably mark our class passport during the year and then have the kids mark their passports at the end of the year before they take them home. Each day, we will take the first passport from the class’s pocket and move it to the back. The next student will be the Traveler of the Day. What does the Traveler of the Day do? 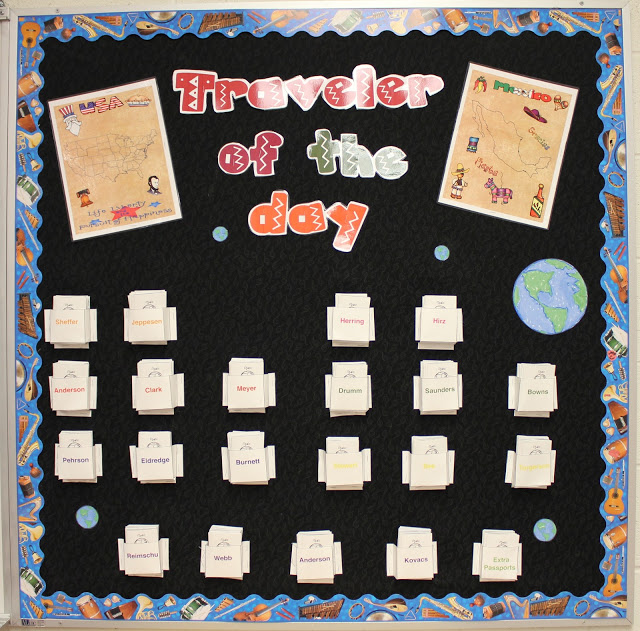 He or she:
1. Gets to sit on my music VIP chair for the class period
2. Gets to give the class points. See my piano point system for the year
3. Gets unlimited drinks, as long as he or she are not disturbing everyone
4. Gets to go to the bathroom once without asking (must take the pass)
5. Gets to be the first to take turns in any activity we do, such as a games or vocal play with puppets
6. Gets to wear one of my traveler hats (my son is bringing home a sombrero and poncho from             Mexico, and I will find at least one other costume)

Get printouts of all passports, world posters, songs list, and bulletin board items here:

An Around the World Behavior Chart
Next Post: Stations to Make Your Class Run Smoothly