Connecting with Second Language Learners in the Music Classroom Part 1 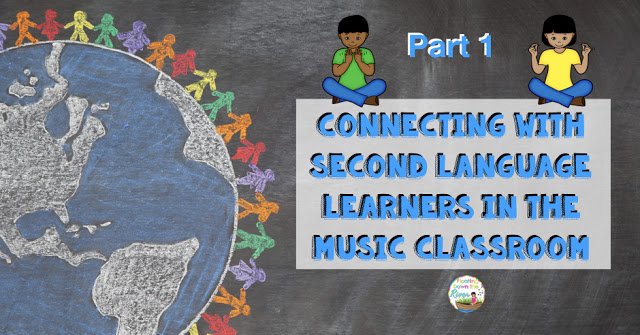 I have always loved teaching songs from around the world, abundant in the Kodály repertoire. In the past 10 years, our district has changed to include an increasing number of second language learners. I have enjoyed working to connect with these students in the music classroom, more challenging because of the limited time we have each week. I have some favorite ways to connect and have found some ways that other great teachers connect.

Help students feel that their culture is valued

Because we do many folk songs from around the world, it is common look at the world map on a regular basis. I have a wonderful world map that is always up in my classroom. The students love to look at this colorful map. 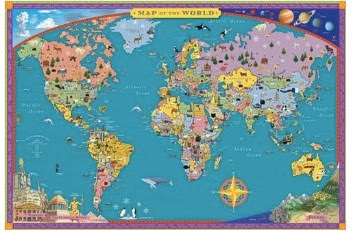 Not only do I regularly talk about various places in the world, I take the time to talk to students about places I’ve been. When we discuss a place, I often ask students if they have been there or if they know someone there and talk about languages their families and my family speaks. Among my three kids are 6 languages: English, Thai, Italian, Spanish, Haitian Creole and Mandarin Chinese. Students talk about their relatives in various places. Asking about students’ connections shows them that we value other places in the world and that we find them interesting.

I make a habit of asking students if they are going to visit relatives or places over Christmas or over summer break. They are happy to tell me they are visiting relatives or going somewhere. It only takes a couple of minutes, but I feel that the benefits are worth the time.

My youngest son has always been a language guy. He just graduated in Computer Science with a minor in Chinese and Spanish, plus is fluent in Haitian Creole because he worked for two years in Florida with the Haitians. He married a young lady from Mexico. Last year, she taught me the fun birthday piñata song, “Dale, Dale”.  I will never forget the first time I taught kids at my school and how they came alive, singing at the top of their lungs a favorite song from their culture. The other kids were as surprised as me at this hidden culture we had discovered.
I am new at my school this year and am teaching “Dale, Dale” again. Once again, there are numerous kids in every class who know this song from Mexico, some just from going to a Mexican birthday party. I always ask them how they know it, and they are happy to tell the class because we show that we value their opinions and experiences. 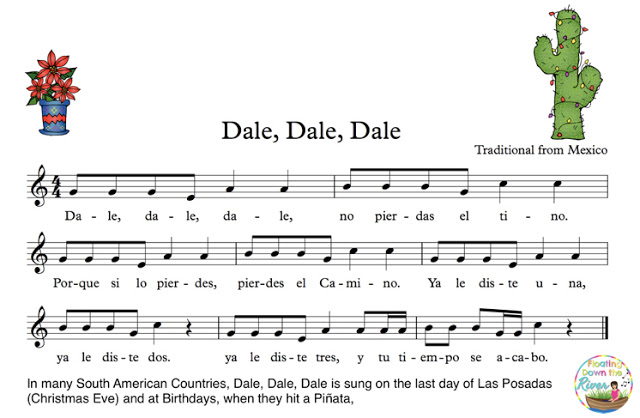 Here is a video of some kids singing it.
My school has many students of Tongan descent and one of our district schools has many Tongan students. Julianna Gylseth, a master teacher in my district, recently taught this song to her students and shared it with teachers at the Western Kodály Conference, held in Utah in 2017. It is such a fun song and has more advanced movements too! 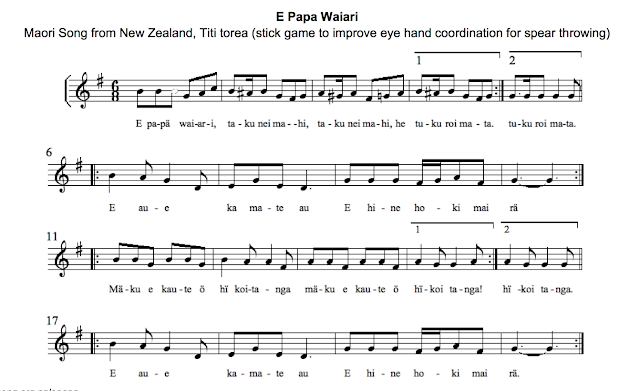 Here is a version at the Polynesian Cultural Center in Hawaii.

And here is another video. My favorite is when you toss the sticks.


Sing songs from around the world in choir

When I do choir programs, I always include several songs from around the world. It is good for the students to learn other languages and good for them to learn about other countries. I always choose a Spanish language song, since I have so many Hispanic students, but I often also include one from another language. Last year in the Spring, I found a wonderful African song called “Yesu Ni Wangu” arranged by Ruth Morris Gray. We ended up singing this at our district choir festival as our solo piece. I had a couple of boys who had moved to our school from Africa. We held our choir in the other side of the cafeteria, with just a stiff curtain that came down between us and the morning breakfast kids. For the last 15 minutes of choir, the kids who were there for breakfast early would hear the music from choir. I used to be irritated by it but learned to appreciate the fact that those kids were being exposed to a lot of wonderful music. One day during class, one of the boys who moved here from Africa exclaimed, “Mrs Seamons, you are singing a  song from my country!” He was so thrilled. They had heard it during breakfast. Even for the students who aren’t in choir, it is a great exposure. 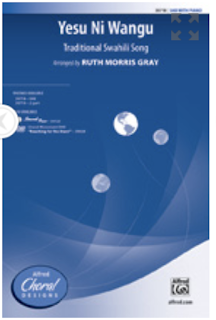 These are just a few ideas for helping second language learners. I will give you some more in a second post soon.